A big part of self-development is learning how to love your body. Until you love your body, you cannot take care of it properly, nor can you connect to it.

Even though Body Dysmorphic Disorder (BDD) affects %2.4 of the recorded and recognized US population, insecurities spare nobody. Both men and women are affected.

BDD is a body-image disorder characterized by persistent and intrusive preoccupations with an imagined or slight defect in one’s appearance. (Anxiety and Depression Association of America)

Symptoms of this fixation include

Advertising and pop culture, alongside cultural beliefs and environmental experiences, provoke the feeling of not being enough. The livelihood of sales industries relies on the refusal to teach you how to love your body.

A Self Care Assessment

The pressure to look or act like the top of the top is irrational and unattainable.

Life is not like the magazines, people don’t lounge around in slick tight black clothes. Those are paid models or actors who give off the impression of perfection. If you were to ask them about their self-image, there’s a big chance they have insecurities too.

Plastic surgery is still taboo, even though insecurities are buzzed about constantly. According to the ASPS annual plastic surgery statistics report, there were more than 17.7 million surgical and minimally-invasive cosmetic procedures performed in the United States in 2018, a number that has risen steadily over the past five years.(American Society of Plastic Surgery) The top surgeries were breast augmentation, liposuction, and nose reshaping.

There is nothing wrong with plastic surgery and you will always have naysayers. However, completing a procedure does not necessarily mean that self-image will change. There should be a clear understanding of where the desire to change is coming from.

The drama of being seen a certain way fades as maturity comes. Sometimes, maturity also comes with the need to take your life under control and confront an insecurity mentally and physically. This is true self development and nobody’s opinion should stop you from doing that. The same goes for weight loss and minor cosmetic procedures.

The only thing that matters is what we think and feel as individuals, which projects on to what we understand about others. 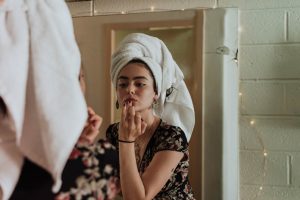 Every morning we wake up, we judge ourselves. Then, we walk out of our houses and we are judged by strangers. We are judged by our families, hopefully not friends, and by societal illusions. Judgement follows us everywhere like a shadow.

A shadow is not the real thing. It is a distorted version that animates based on the position of the viewer. Self-image is a shadow cast by the opinions of others.

The understanding gap between who we are and what we are expected to be that can turn into self-sabotage. Be kind to yourself, because that compassionate voice will guide you on how to love your body.

The first responsibility to accept is self compassion and acceptance. 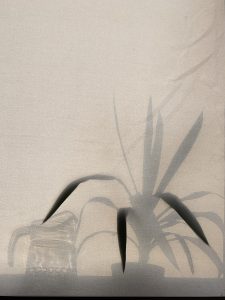 All of that matters, your innate wholeness matters first and foremost. You have a duty to care about yourself now even if you wish to undergo certain changes in the future.

For the Passion People | Soul Threshold

Loving yourself…does not mean being self-absorbed or narcissistic, or disregarding others. Rather it means welcoming yourself as the most honored guest in your own heart, a guest worthy of respect, a lovable companion.