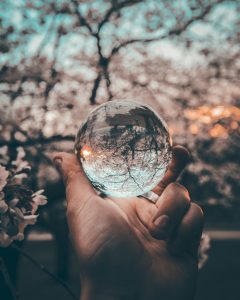 How many of your bad habits come from self-love and self-forgiveness? Silence, very few.

Coping and aversion are two ways in which we hold off on truly dealing with our shadow selves.

They do say that everybody has their own vice, but how can we steer towards better vices. What if we could prevent the necessity of vices altogether?

The Shadow Self Leads to Coping

The shadow self contains all of your fears, trauma, sadness, guilt, shame, embarrassment, and insecurities. Every single human being has one, even though some are better at hiding its presence. Resentment and inner resistance form when the private self carries the emotional burden of the unfriendly reality each person lives with.

It’s a lot of pressure-to be dealing with one thing and to be presenting another. Yet, we all do it. We hide our toxic habits from ourselves even. Call it the dark closet, which we shut closed when surrounded by other people. 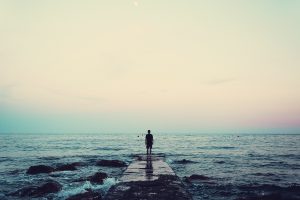 This creates more embarrassment, more misunderstanding, and more negativity towards the Self. Coping mechanisms help us to shut this closet whenever the door knob shakes as if its contents will spill out.

The difference, then, between unhealthy and healthy coping mechanisms is the awareness of the personality schism.

Most people have had the encounter with a friend who has a problem and is unaware of it (mental, physical, emotional). But when confronted, he/she responds, “No, I don’t. What do you mean? You were supposed to support me.”

I see this as a distinct example of someone who fails to recognize the influence of the shadow on their behavior or the presence of a shadow at all. The same goes for negative people who think that negative is a reality, rather than a perspective.

We were not given the tools to deal with the shadow in a healthy way. Perhaps only the wealthy families, who teach emotional intelligence implicitly, pass this knowledge on. The education system all over the world is missing a vital component, emotional intelligence and healthy coping. Just telling someone they are doing something wrong triggers the public self to become more consumed by the shadow.

It’s a vicious cycle, one I have observed in myself and in the people around me. Conclusively, we are not equipped to deal with emotional pressure in a healthy way, but alcohol and cigarette industries are booming.

In my dreams, in my wildest dreams, schools and families teach children to recognize and categorize emotions as they surface in the forming mind/emotion connection.

Unfortunately, for the current generations, all we can do is go back and rewire. We must open the closet and take out all of the pictures, memories, pain, and limiting beliefs that formed from ignorance.

Presently, there is a lot of work underway in the emotional intelligence fields. The present task of humanity is to confront toxic habits, biased conditioning, and unrealistic expectations inherited from family and society.

The word “awakening” has been blow out of proportion, it can be reduced to the psychological imperative to identify negativity and detach from it. I do believe this leads to a more spiritual life or at least a life where there is no need to put ourselves or others down.

If we let the shadow put us down, it will. Then our shadow will influence us to put others down, metaphorically and mentally. And collectively, we will continue a cycle of resentment, aversion, and coping. I truly don’t think it’s necessary anymore.

Marxism, hippies, the Hindu religion, mystics, and many other philosophical movements were propagandized as ultra-liberal, non-structured, careless factions. I see these people as intelligent and kind, supportive of the revelation of the shadow and confrontation of its role in the human existence.

This message twisting is collective coping and aversion, which results from the shadow’s domination of individual consciousness.

For the passion people | Soul Threshold

A man is whole only when he takes into account his shadow.